In order to give you all one last safety net, I have released the latest version as a Public Preview so you can see what is coming in the final official update release. If a critical issue emerges, we will have time to fix it before the final release, and perhaps even make a build available which lets you step back to V1.112 Christmas Build if this is requested by the community.  I have started a forum thread called V1.12 Public Preview so you can post your findings there, which also includes instructions on how you can get the Public Preview through your Steam system. Now that we have a finished version which solves many issues including the NVIDIA flicker issue, the Fantasy DLC Update and a host of tweak requests from the last 50 days, I can start back on the Save/Load Progress feature, which has it's UI in place, but now needs the meat that will save and load the game progress to and from a file.  This next update, V1.13, will also be accompanied by a few more functionality improvements as well as a grab bag full of tweaks as they pour in from the forums, email and reviews. 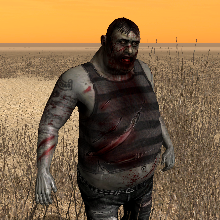 Been a wonderful flurry of fixing this last day, including a few extra scripts to show how you can create player shield energy which protects the players own health when damaged, and also shows how you can protect an entity from damage if they are attacked by a specific weapon.  A sample level has been created called HealthTypes.fpm and will show both of these techniques, giving you both an Uzi and some Stones, but only let you explode the barrel full of fuel with the Uzi and never the stones, no matter how many you throw at the barrel.  I added the Zombie for comedic effect, but you could do the same to him as well with the same technique. 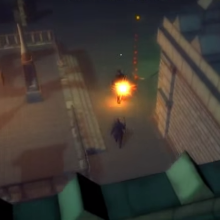 With the weekend behind us and a small mountain of forum posts, emails and support tickets to get through, Monday is shaping up to be a big one. Some nice surprises, however, including a store release that I helped in a very small way, showing a glimpse of isometric gaming in GameGuru. When you set the third person camera controls to a top-down view, the camera collision will automatically ignore near-camera obstacles to keep the perspective fixed. 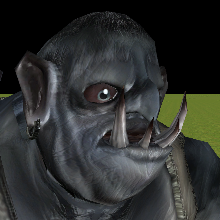 Work continues on the V1.12 release which is now several days into beta testing, and has already yielded a few welcome fixes including an improvement to the occlusion system, which now correctly identifies the actual screen size of any entity in determining when to occlude it due to distance.  At the same time, the occasional flicker effect on entity visibility has also been dealt with meaning you can ramp Occlusion Slide to 100 now and get a flicker free experience whilst still enjoying maximum real-time occlusion in your games. 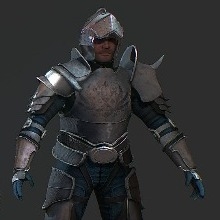 If you missed our live weekly Twitch Broadcast, you can watch it again and learn about the new content we will shortly be adding to the Fantasy Pack DLC, including new characters that can be broken up and reassembled in the Character Creator, how to change character default weapons via the FPE and a few new weapons you may not have seen before.