We are pleased to announce the release of the December update of GameGuru, which this time focuses on bug fixing and small functionality tweaks as inspired by the reports in the GitHub Issues tracker.  As some of you know we retired the Donations System and used the remaining funds to hire Preben to go through the issues and fix as many as possible, which has resulted not only in fixes but many improvements too. 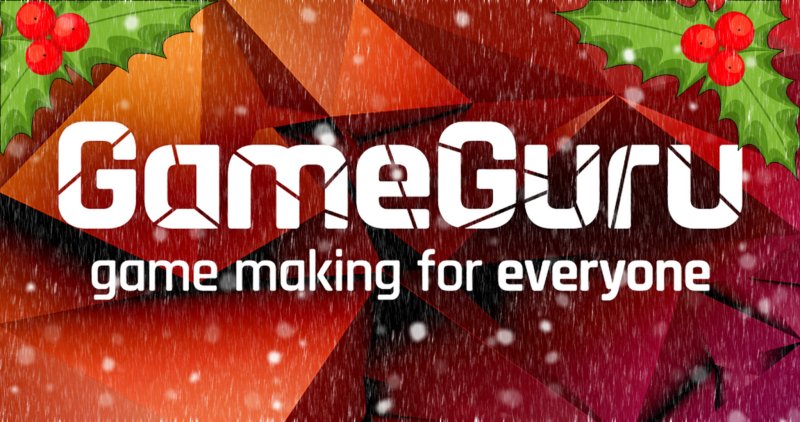 The Draw Call Optimizer which we introduced in September, a system of batching objects which in some cases saw performance doubled, has been further improved to support internal ArtFlags, so tangent generation and normal flipping can be passed to batched renders.

The Save Standalone feature has seen several bug fixes and small improvements to ensure the game you are working is identical to the one you export for your end-users. More LUA scripts are picked up and copied over such as nested scripts, copying of .blob files to skip shader compiling, better draw call optimizer handling for standalone games, better scanning of untextured objects so more texture files can be copied over and LUA files are kept in their original state if they cannot be parsed during the save standalone process.

Some other noteworthy fixes include:

Finally, we are very pleased to be able to share that we have also been working on some very cool things in the background that address some of the more fundamental issues of GameGuru, such as the antiquated UI, the mostly un-used multiplayer system and bare-bones character capabilities. It was decided that these could not be solved with quick fixes or patches and so these have been worked on under a separate code branch to ensure they don't destabilise the regular GameGuru releases.  We are now working to finish off these items and will be ready to announce more details in the first half of 2020; almost 5 years since the original release of GameGuru on Steam.

We hope you enjoy this update and wish you all a very Merry Christmas, a prosperous new year and above all, happy game making moments!  We look forward to bringing our fantastic game making community more joy in 2020!